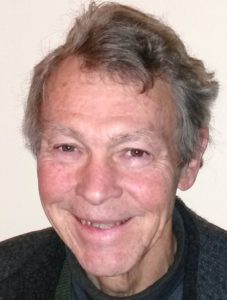 “I’ve been to some really grimy places,” says Don Wichert (M.S., Land Resources and Energy Analysis & Policy, Class of 1987). He laughs, and then goes on to describe what it was like to be on the job with Clean Air Engineering, an air pollution testing company he joined following his undergraduate career at Western Illinois University. Just months after the Clean Air Act was passed in 1970, hundreds of jobs just like his were created in the air quality management community, and Don was one of the first to join this newly established field. At Clean Air Engineering, Don was responsible for testing air pollution abatement devices and ensuring that power plants were following rules established by the Environmental Protection Agency (EPA). While air quality management interested Don, he soon became tired of climbing smoke stacks. He longed to know more about energy technology and decided to return to school to “beef up on science” so he could pursue a career in energy analysis.

Don graduated with his second B.S. degree in thermal and environmental engineering from Southern Illinois University in 1980 and started working at the Air Management Bureau with the Wisconsin Department of Natural Resources shortly thereafter. In this position, Don collaborated with local companies to help them reduce emissions associated with their facilities. A few months later, Don was hired to work as an energy program and policy analyst with the Wisconsin Division of Energy (DOE). Thrilled to land a job in energy analysis, Don started working on a wide variety of projects, including providing analyses of building and appliance codes and managing the Renewable Energy Assistance Program. He even worked on outreach initiatives, writing a number of articles for WI Energy News.

While working at the DOE, Don was invited to take a class at UW–Madison, so he enrolled in a 1-credit course in the politics of energy. He loved the class so much, he decided to enroll in more energy courses. Don soon realized that if he kept at it, he could earn a master’s degree. Slowly but surely, Don continued his graduate studies, and six years later he graduated with an M.S. in Land Resources and EAP.

Not long after, Don was promoted to Chief of the Energy Resources Section at the DOE, in no small part due to his dedication to professional development and his EAP training. In this new role, Don oversaw the collection and publication of Wisconsin’s energy statistics and directed the administration of more than twenty different grant programs.

Don says he’s “always been interested in environmental issues,” but he credits his work at the DOE with igniting his passion for energy efficiency and inspiring him to found RENEW Wisconsin. RENEW is a non-profit organization with a mission of leading and accelerating the “transformation to Wisconsin’s renewable energy future through advocacy, education, and collaboration.” Today, Don still serves on the board of RENEW.After retiring from the DOE in 2004, Don was hired to serve as Director of Renewable Energy Programs & Development for the Wisconsin Energy Conservation Corporation (WECC), a non-profit energy consultancy. The WECC was hired to oversee the Focus on Energy program in Wisconsin, which supported the expansion and maintenance of solar and wind power throughout the state.

Today, Don is invested in community engagement in energy. In addition to serving on the board for RENEW, Don also works with the Citizens’ Utility Board, MG&E Shareholders for Clean Energy, RePower Madison, and the Wisconsin Academy of Arts & Letters.